When Personal Vaporizers Explode: An Entire Industry Designed Around the Wrong Battery 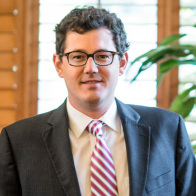 Since the mid-2000s, we have become more reliant on lithium-ion batteries and the devices they power.  The batteries are extremely useful and serve an important function. Just a decade ago, it would have been inconceivable for a laptop computer or a smartphone to be used for an entire day on just one charge.

This revolutionary technology is changing the way we live. But with such an intense energy source, the batteries also carry great risk if not handled and used properly. When lithium-ion batteries fail, the results can be catastrophic. The batteries can catch fire and explode, sometimes causing serious personal injury (think: second or third-degree burns) and property damage.

The seriousness of that risk has gained recent attention in the world of e-cigarettes and personal vaporizers, also known as ‘mods’ or ‘vapes.’ Many of these devices require the use of a particular kind of lithium-ion battery called an 18650 (referring to its size, 18mm by 65mm), a lithium-ion battery that is slightly bigger than the AA battery.

18650 lithium-ion batteries are manufactured by major corporations like Samsung, LG, Sony and Panasonic as well as a host of companies in China that produce batteries of varying degrees of quality. These batteries, and even similar, counterfeit batteries, are being sold throughout the world, including online. 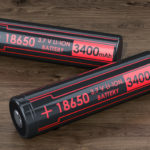 The problem is that 18650 lithium-ion batteries are designed to be used by manufacturers putting together battery packs for devices like power drills, cordless vacuum cleaners, or landscaping equipment. In those power packs, the individual 18650 batteries are packaged together with internal circuit protection and encased in thick rubber or plastic. Often both the charger and the application incorporate safety features to keep the battery within a safe operating or charging level. In order to prevent catastrophic failure, the charger keeps the batteries from being overcharged, and the device itself shuts off if the batteries are overheating due to a short circuit.

Because most e-cigarettes and vaporizers that use 18650 batteries do not have such safety features, people who use them are putting themselves at risk every time they take a puff. 18650 lithium-ion batteries are generally not meant to be sold direct to consumers for use in mods, which often lack safety mechanisms to prevent the battery from exploding.  Of course, most people would never realize this when they find the batteries readily available in vape stores and online. And many in the retail business of the vape industry are ignorant of this danger as well.

Absent safety circuitry in both the charger and the device, there is nothing to stop an individual 18650 battery from exploding. Sometimes the battery explodes while in use, but often they explode when being carried around in a person’s pocket. A thin plastic wrap is all that prevents the metal casing of an 18650 lithium-ion battery from being directly exposed to its outside environment. People who vape often will carry a spare, fully-charged battery with them to use during a long workday. Through natural wear and tear, the plastic wrap easily rips. It is only a matter of time before both terminals of the battery come into contact with something metal like a set of keys. When both terminals come into contact with the metal object, the battery rapidly heats up and explodes. Unfortunately, we regularly see people injured from this exact scenario.

I have represented people throughout the country who have been seriously injured by the batteries used in many mods and vapes. The law allows us to seek compensation from all parts of the 18650 lithium-ion battery supply chain, including manufacturers, distributors and retailers.

Of course, I hope that you will never need to use my services. If you do choose to vape, please make sure you use a device that does not use an 18650 lithium-ion battery.  Pick a device that has an internal battery or that has safety features that will prevent the battery from shorting.

Chris Moore is a RPWB attorney who handles many product liability and personal injury cases throughout the country. He is a 2019 Super Lawyers Rising Star. In addition to working on personal vaporizer explosion cases, he has successfully litigated personal injury and property damage cases involving devices like cell phones, laptops and the battery packs used for remote-controlled cars, scooters and hover boards. To learn more about our lithium-ion battery explosion practice area, please click here. If you would like us to take a look at your case, please fill out the form on this page or give us a call.