The Role of the Whistleblower: A look at qui tam litigation 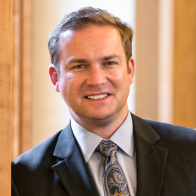 Qui tam litigation allows private citizens, like you, to join in the battle against government fraud. Every year, many of our public institutions—from the military to Medicare—are plagued by fraud. Astonishingly, it’s estimated that nearly 10% of all federal spending, or $350–$400B per year, is lost due to fraud.

And by and large, qui tam litigation has proven to be the most effective weapon there is to fight against government fraud. DOJ statistics show that from 1986–2017, more than 70% of the federal government’s total recovery for fraud has come through qui tam litigation, which led to over $40 billion being restored to the federal treasury.

Practically speaking, qui tam litigation is the procedure through which a private individual, commonly known as a “whistleblower,” files a lawsuit on behalf of the government to recover public funds. If the lawsuit is successful, the whistleblower is entitled to a share of the recovery.

Modern qui tam practice began in 1863 when Congress enacted the False Claims Act (“FCA”) in response to rampant fraud being committed against the government during the Civil War.  The FCA prohibits anyone from knowingly committing fraud against the United States through the submission of false or fraudulent claims. Importantly, the FCA also includes qui tam provisions that allow private citizens to file suit on behalf of the United States to recover public funds. These whistleblowers, or “relators” as they are referred to under the statute, are individuals who have witnessed or have personal knowledge of fraud being committed against the government.

Today, most qui tam cases are filed against healthcare providers, financial institutions, or defense contractors for submitting false or fraudulent claims to the government for reimbursement. Qui tam cases involving healthcare fraud are the most common, and usually provide a majority of the government’s annual recovery under the FCA. These cases restore billions of dollars to our Medicare, Medicaid, and TRICARE programs every year, and save those programs billions more by deterring others from committing similar frauds.

Fraudulent billing schemes are most prevalent in the medical industry and typically involve doctors, hospitals, or laboratories that (1) bill for medical services that were never performed, (2) bill for services that were not medically necessary, or (3) upcode for medical services or equipment. These schemes are typically uncovered by doctors, nurses, accountants, administrators, or billing specialists who have first-hand knowledge of the fraud and may have been reprimanded, or even fired, for trying to expose it.

Lately, a surge of qui tam cases have also been filed for violations of the Stark Act and/or Anti-Kickback Statute, laws that generally prohibit doctors from receiving kickbacks for referring Medicare or Medicaid patients to other healthcare providers. These cases are typically filed by physicians who have rejected similar financial arrangements, nurses who become aware of the referral scheme, or by healthcare administrators with access to physician compensation matters who, during the course of their work, discover an illegal arrangement.

HOW WHISTLEBLOWERS ARE COMPENSATED

More often than not, qui tam cases involve hundreds or even thousands of false claims, so awards can be substantial. Defendants who are found liable for violations of the FCA face treble damages; civil penalties ranging from $10,957 to $21,916 per false claim; the government’s litigation costs; and the whistleblower’s expenses, attorneys’ fees, and costs.

But invariably qui tam cases involve complex issues, are fiercely contested by deep-pocketed defendants, and require extensive discovery and costly expert testimony to prove. So if you have witnessed government fraud at work and are considering a qui tam case, be sure to contact a law firm like RPWB that has the knowledge, experience, and financial resources that qui tam litigation demands.