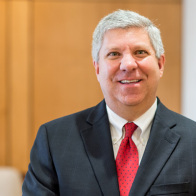 AIKEN, S.C. – Rogers, Patrick, Westbrook & Brickman joined more than 90 other law firms in opposing a proposed class action settlement for people who have developed cancer as a result of exposure to Roundup Weed Killer.

The proposed $2 billion settlement is deeply flawed and would impair cancer victims’ ability to seek appropriate recourse from Monsanto. The chemical giant continues to manufacture Roundup to this day despite science showing how dangerous the product is.

The proposed settlement does not benefit people harmed by Roundup and instead is a way for Monsanto to cap its risk and to reduce how much it will pay to people injured by their products. We also fear this settlement may become a blueprint for other corporations accused of wrongdoing in the future to shirk taking full responsibility for the harm they have caused.

These are three main facets of the proposed deal that are the most problematic:

The full amici brief authored by Arthur H. Bryant, Benjamin L. Bailey and Joshua Hammack of Bailey & Glasser, LLP can be found HERE. In all, 93 law firms and 167 lawyers, including RPWB’s Ken Wilson, signed onto the brief opposing the settlement.

The proposed settlement is pending in the United States District Court of the Northern District of California.